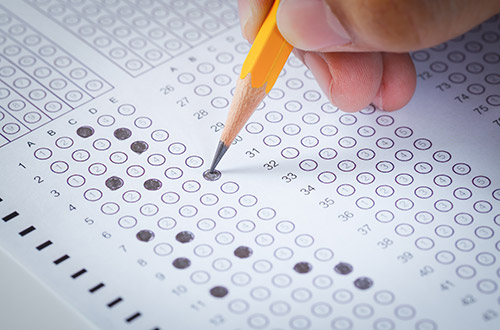 Among the first to investigate individual differences in mental ability was a British scientist, Sir Francis Galton, who compared people based on their awards and accomplishments. This research convinced him that intelligence was inherited and led to further studies which involved evaluating individual differences in reaction time and the range and specificity of the senses, which have since been shown to correlate with academic success.

A French psychologist, Alfred Binet, developed a test to accurately predict academic success when the French government asked him to help them determine which children in the public schools would have difficulty with formal education. He, and his colleague, Theodore Simon, found that tests of practical knowledge, memory, reasoning, vocabulary, and problem solving were better predictors of school success than the sensory tests used by Galton. Subjects were asked to perform simple commands and gestures, repeat spoken numbers, name objects in pictures, define common words, tell how two objects are different, and define abstract terms. Similar items are used in today`s intelligence tests.

Assuming that children all follow the same pattern of development but develop at different rates, Binet and Simon created the concept of mental age, whereby, for example, a child of any age who scored as well as an average twelve-year-old was said to have a mental age of twelve.

Binet’s test was not widely used in France, but Henry Goddard, director of a school for mentally challenged students, brought it to the United States, translated it into English, and used it to test people for mental retardation.

Lewis Terman, another American psychologist, adapted the test for use with adults, established new standards for average ability at each age, and called it the Stanford-Binet Intelligence Scale, because of his…

Take the Test at IQTest.com now!